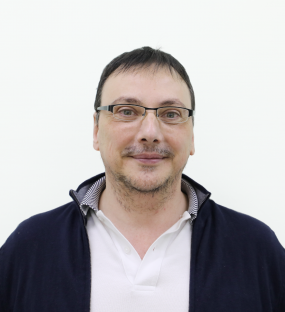 Dr. Pérez de la Lastra is a scientist at the Institute of Natural Products and Agrobiology, his research is based on the development of biotechnological applications from the immune system of different organisms. In particular, his work focuses on the study of the innate immune defence of animals that live in pathogenic environments, in which they have to be adapted to resist a very high microbial load. Dr. Pérez de la Lastra also has extensive experience in the use of peptides to study antigenic epitopes in vaccine development and in the discovery of antimicrobial peptides. In addition, he is the inventor of a patent on the combination of linear and conformational epitopes common to mosquitoes and ticks. Currently, his work focuses on the identification, characterization and biotechnological production of antimicrobial peptides encoded in the genome with application in medicine and agriculture; exploring the possibilities of microalgae as biofactories of recombinant antimicrobial peptides. He also studies the use of chicken egg yolk (IgY) antibodies as antimicrobial agents for non-systemic applications. Dr. Pérez de la Lastra is author of more than 70 SCI articles (index H of 28) and several book chapters, which make a total of more than 100 publications. He has experience in teaching master's and doctorate degrees at the Universities of Córdoba (UCO), Pública de Navarra (UPN), Castilla-La Mancha (UCLM) and the University of La Laguna (ULL). He has directed a total of five doctoral theses and several TFGs and TFMs, some of them international under the Erasmus+ program. He has experience in reviewing publications and projects in the area and in disseminating the results of research in conferences, seminars and workshops.