The neglected infection known as Chagas disease, caused by the protozoan parasite Trypanosoma cruzi, results in more than 7000 deaths per year, with an increasing number of cases in non-endemic areas such as Europe or the United States. Moreover, with the current available therapy, only two compounds which are active against the acute phase of the disease are readily available. In addition, these therapeutic agents display multiple undesired side effects such as high toxicity, they are expensive, the treatment is lengthy and the resistant strain has emerged. Therefore, there is a need to find new compounds against Chagas disease which should be active against the parasite but also cause low toxicity to the patients. In the present work, the activity of novel acrylonitriles against Trypanosoma cruzi was evaluated as well as the analysis of the physiological events induced in the treated parasites related to the cell death process. Hence, the characteristic features of an apoptosis-like process such as chromatin condensation and mitochondrial membrane potential, among others, were studied. From the 32 compounds tested against the epimastigote stage of T. cruzi, 11 were selected based on their selectivity index to determine if these compounds were able to induce programmed cell death (PCD) in the treated parasites. Furthermore, acrylonitriles Q5, Q7, Q19, Q27 and Q29 were shown to trigger physiological events related in the PCD. Therefore, this study highlights the therapeutic potential of acrylonitriles as novel trypanocidal agents. 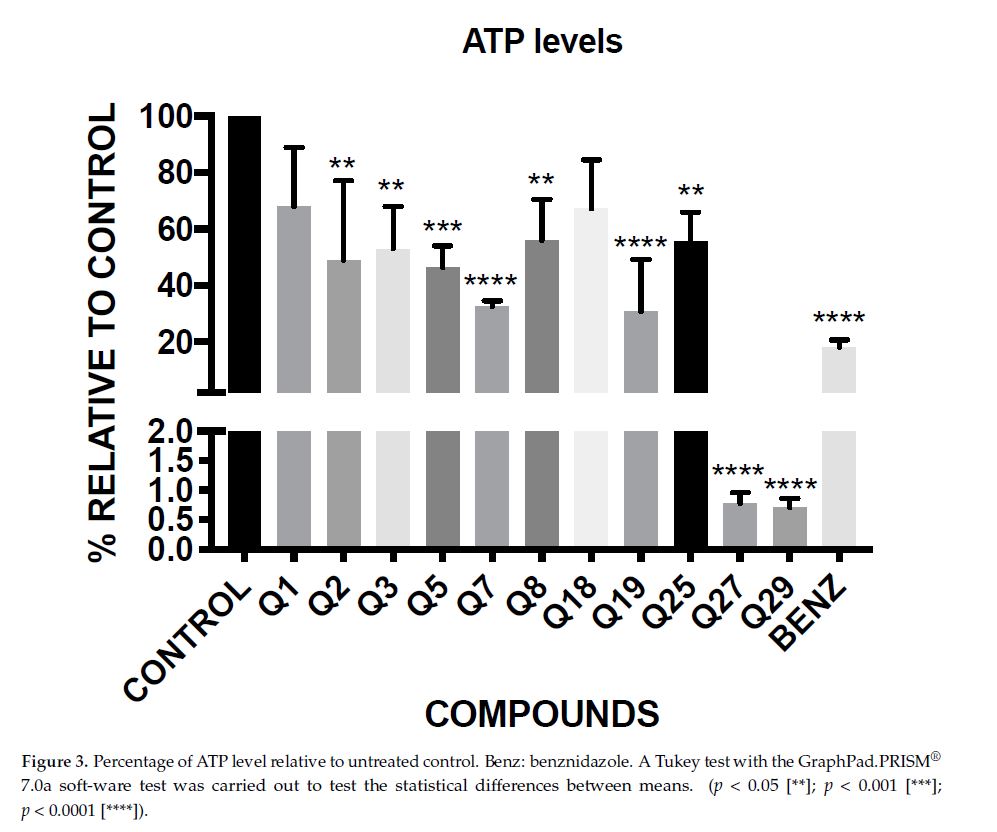