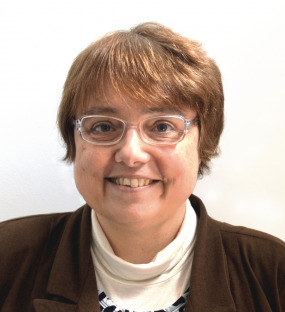 Alicia Boto is a Research Scientist with the Spanish National Research Council at the Institute of Natural Products and Agrobiology (IPNA-CSIC, Tenerife), and is currently Head of the Department: "Chemistry of Bioactive Natural and Synthetic Products". She works on the development of synthetic methodologies and their application to synthesis of drugs, especially antimicrobial and antitumour agents, and also phytosanitary products. She has also been Coordinator of Scientific Culture (2007-2019) and Vice-Director of the IPNA-CSIC (2014-2020).

She was an Expert appointed to the national scientific committees that drafted the CSIC white paper (Libro Blanco) (2020) for Strategic Area 4 (Challenges in Biomedicine and Health), concerning two specific challenges: 1) Nanomedicine and 2) Drug Resistance in Infectious Diseases. She has published 79 articles in international journals (Q1 >85%), including recent ‘outstanding articles’, Q1 journal covers, and ‘most read articles’. Her main recent research lines deal with the selective modification of peptides to obtain antimicrobial and antitumour compounds. She is also working on the development of fluorescent drug-probe complexes, shown to have significant antitumour activities (superior to the original drugs in clinical use) and laser emission activity (phototherapy). She collaborates with La Laguna University (ULL) on this last line, and the ULL-CSIC associated or joint unit "Physiology and biophysics of the cell membrane in neurodegenerative and tumour pathologies" has also been established, of which she is coordinator on behalf of the CSIC.

Alicia Boto has given several plenary and invited lectures at national and international symposia (Paris, Mexico, Hungary, Tenerife). Nearer home, she also chaired the Organizing Committee of the international symposium: Peptide Meeting in Tenerife 2018 (PEPTFE2018, 5-6 March 2018), and the ULL-CSIC Pharmaceutical Conference. She is currently collaborating with groups in Spain (including the University of La Laguna and the University of Las Palmas de Gran Canaria), Portugal, Mexico, Denmark, Belgium, Hungary and the UK.

Some of these results have been transferred to pharmaceutical, chemical and agricultural companies, with whom research contracts and technology transfer agreements have been signed. Together with that of four other national centres, her group’s work was selected by the CSIC to be presented at the international symposium EXPOQUIMIA during the International Year of Chemistry (2011), as an example of applied research. In recent years the group has filed seven patents with international extensions, 70% of which have already been licensed to companies and are under development. The latest (PCT2017) has been licensed in twenty countries, including the USA and Europe. She has recently been granted a six-yearly knowledge transfer award for this activity.

She directed several projects within the National R&D Plan and participates in European INTERREG-MAC coordinated projects. She has also supervised seven doctoral theses, two of them awarded the Outstanding Doctorate Award of the University of La Laguna in the Experimental Sciences section, and one with Industry Distinction, as well as supervising master's degrees and temporary research stays.

From November 2007 to the end of 2019 she worked as science outreach coordinator at the IPNA-CSIC, contacting thousands of people in face-to-face activities, from talks, workshops and exhibitions to awards. She is currently focusing more on transfer of knowledge and expertise, and is involved in establishing a spin-off in biotechnology applied to the primary sector.

Tiny antimicrobial systems, results from APOGEO in the journal Advanced Synthesis and Catalysis