The central research focus of the Department of Chemistry of Bioactive Natural and Synthetic Products is the development of new methodologies for the synthesis of pharmacologically relevant natural products.

We seek to develop effective and environmentally friendly protocols for the synthesis of both natural products and structural analogues. Recent work in the Department has centered on the application of radical-based chemistry to the structural modification of important biomolecules, such as steroids, amino acids, and carbohydrates. The focus here is to prepare mimics and structural analogues useful for both biomedical research and drug development programs. When compared with classical ionic reactions, the radical-based processes that we focus on are particularly advantageous for the modification of sensitive molecules.

This is because reaction conditions are compatible with a wide variety of functional groups and solvents. In addition, radical-based approaches facilitate cascade processes due to the stereoselective formation of multiple bonds in a single synthetic stage. It is these advantages that underpin the usefulness of the radical reactions for the synthesis of complex molecules. Additionally, a new line of research focused on the development of new multifunctional materials for applications mainly in the fields of biomedicine, sensors, coatings, catalysis and energy has recently been incorporated into the Department.

Many of these materials, as well as their formulations, require using both synthetic and natural polymers including polysaccharides, nucleic acids and proteins. 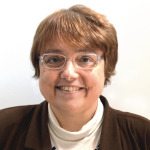