Disentangling the relative role of environmental filtering and dispersal limitation in driving metacommunity structure across mountainous regions remains challenging, as the way we quantify spatial connectivity in topographically and environmentally heterogeneous landscapes can influence our perception of which process predominates. More empirical datasets are required to account for taxon- and context-dependency but relevant research is often compromised by coarse taxonomic resolution. We here employed haplotype-level community DNA metabarcoding, enabled by stringent filtering of Amplicon Sequence Variants (ASVs), to characterize metacommunity structure of soil microarthropod assemblages across a mosaic of five forest habitats on the Troodos mountain range in Cyprus. We found similar β diversity patterns at ASV and species (OTU, Operational Taxonomic Unit) levels, which pointed to a primary role of habitat filtering resulting in the existence of largely distinct metacommunities linked to different forest types. Within-habitat turnover was correlated to topoclimatic heterogeneity, again emphasizing the role of environmental filtering. However, when integrating landscape matrix information for the highly fragmented Golden Oak habitat, we also detected a major role of dispersal limitation imposed by patch connectivity, indicating that stochastic and niche-based processes synergistically govern community assembly. Alpha diversity patterns varied between ASV and OTU levels, with OTU richness decreasing with elevation and ASV richness following a longitudinal gradient, potentially reflecting a decline of genetic diversity eastwards due to historical pressures. Our study demonstrates the utility of haplotype-level community metabarcoding for characterising metacommunity structure of complex assemblages and improving our understanding of biodiversity dynamics across mountainous landscapes worldwide. 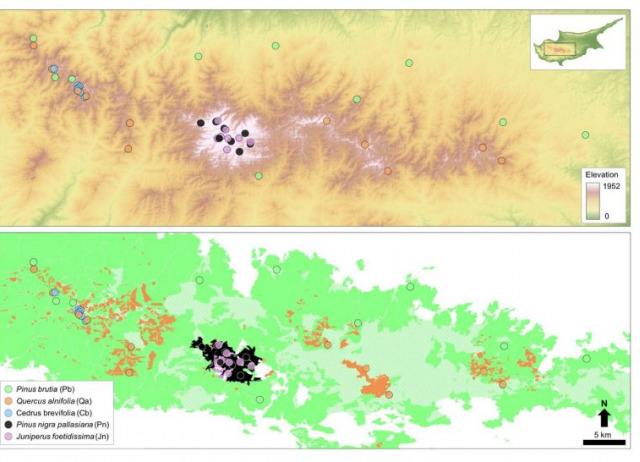 Pigeons are considered to play key ecological roles in frugivory and seed dispersal. They have colonised numerous oceanic islands and diversified into several species in sympatry. How these species coexist in similar niches is poorly understood although dietary separation is among the mechanisms suggested to avoid trophic overlap. We investigated the trophic ecology of the two endemic Columba species co-occurring in the laurel forest and thermosclerophyllous relicts of two of the Canary Islands. This study includes diet description in spatiotemporal terms, its relationship with fruit availability and seed treatment in 10 study areas established on La Palma and La Gomera. We used non-invasive DNA analysis to identify the faeces of the two con-generic species and microhistological methods to examine their diets. The degree of trophic overlap was evaluated by niche similarity and breadth indices. Molecular faecal sampling determined the spatiotemporal distribution of both pigeons to identify their areas of coexistence. These frugivorous pigeons’ diets did not differ concerning the main plant species, but they diverged quantitatively in the proportions and parts of plants consumed. Lauraceae fruits were their staple foods although Rhamnaceae and some Fabaceae and Solanaceae were also important. Both pigeons showed selective preferences for some fruits. Significant spatiotemporal variations in their diets were observed along with a general tendency to increase fruit intake at its ripening times. Our results suggest that different trophic strategies facilitate the coexistence of these frugivorous columbids. These pigeons act as seed dispersers and/or predators depend ing on seed features (size and hardness), and this may have valuable implications for their conservation. 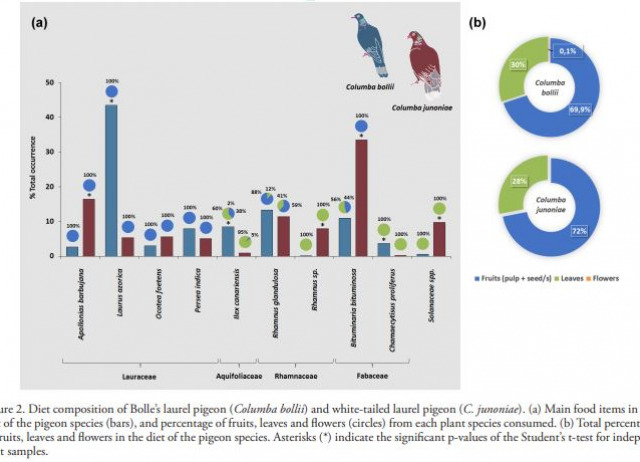 Coordinated behaviors, such as hunting in lions and coordinated vigilance as antipredator behavior, are examples of benefits of group-living. Instead of asynchronous vigilance, some social species synchronize their vigilance bouts or take turns acting as sentinels. To increase our knowledge on the evolution of vigilance behavior, we studied whether vigilance is coordinated in Barbary ground squirrels, Atlantoxerus getulus. We show that vigilance was synchronized instead of taking turns. Multiple non-mutually exclusive hypotheses could explain synchronization: Barbary ground squirrels may perch because (1) neighbors are perched (copying effect), (2) perch synchrony may be an emergent property of the ecology as all squirrels may be satiated at the same time (collective behavior), or (3) the benefits are large in terms of evading ambush predators and scanning effectiveness (watch each other’s back). Particularly, in habitats where the field of view is obstructed by man-made structures and multiple individuals may be necessary to watch for terrestrial predators, synchronized vigilance may have greater fitness benefits than sentinel behavior. We conclude that it is essential to test assumptions of coordination and, thus, to analyze coordination to describe sentinel systems. 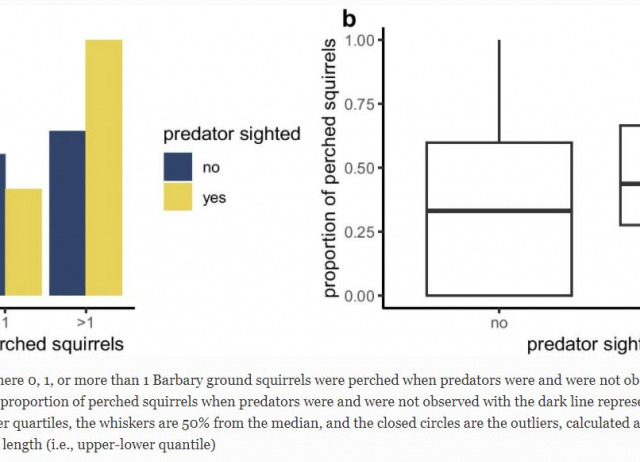 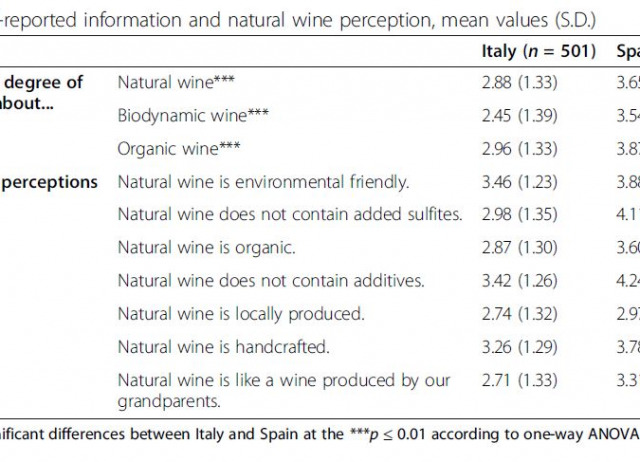 Banana cultivars of agronomic interest have been genetically characterized using two different molecular markers. On the one hand, a panel of 14 trinucleotide single sequence repeats (SSRs or microsatellites) was optimized for homogeneous PCR conditions. It was tested with 50 individuals from seven cultivars, yielding 76 alleles and 5.4 ± 1.8 alleles per locus, while the presence of cultivar-exclusive alleles allowed the discrimination of all cultivars. On the other hand, a retrotransposon-based marker system named inter-primer binding site (iPBS) was implemented for the first time in the Musa genus. A total of 120 bands were detected in eight different Musa cultivars, from which 65.8% were polymorphic and 23.3% were cultivar exclusive. Both techniques allowed a cut-off identification of all cultivars studied, but overall, iPBS analysis was a more straightforward and economical choice. Despite the fact that we were unable to distinguish local banana varieties belonging to the same cultivar, new cultivar-specific molecular markers have been developed for the Musa genus, which could be used to guide new breeding programmes and maintain high quality of Plátano de Canarias. 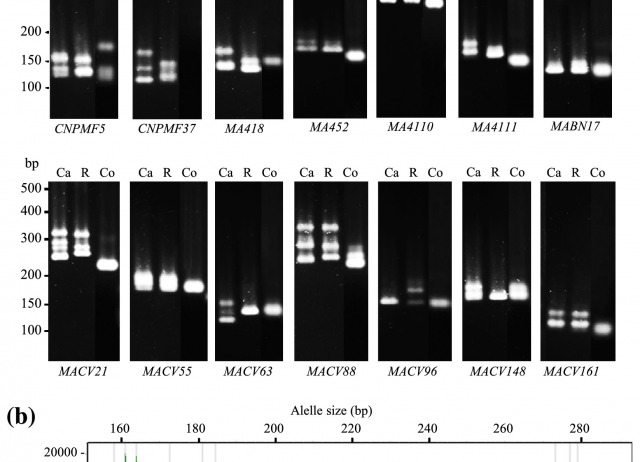 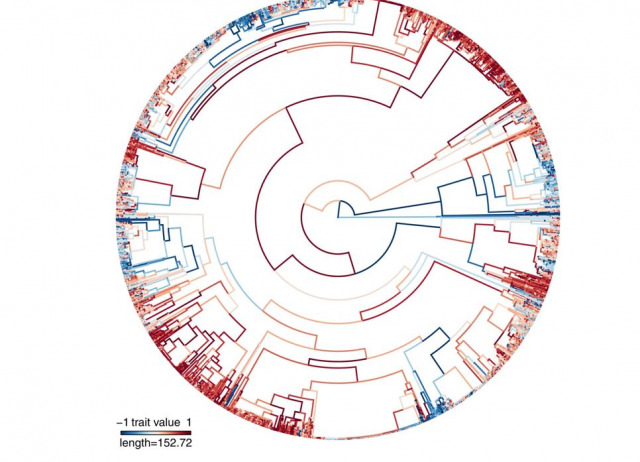 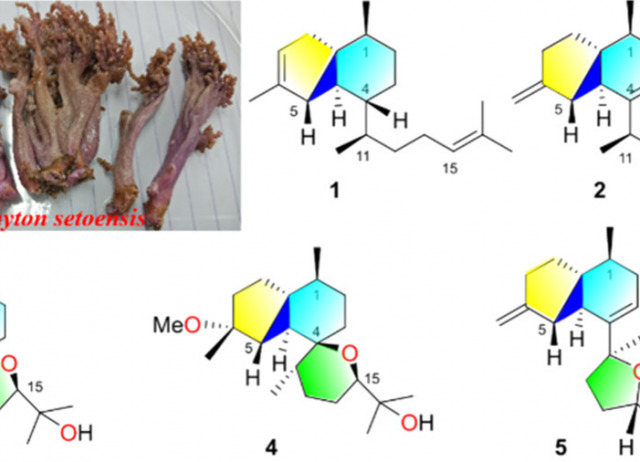 The Unethical Enterprise of the Past: Lessons from the Collapse of Archaeological Heritage Management in Spain

This paper explores the underlying factors behind the collapse of commercial archaeology in Spain, with implications for other international contexts. It contributes to the current global debate about heritage ethics, adding nuance and conceptual depth to critical management studies and cultural heritage management in their approach to business ethics. Similar to other European contexts, Spanish archaeological management thrived during the 1990s and 2000s as a business model based on policies directed at safeguarding cultural heritage. The model had controversial ethical implications at academic, policy and business levels. However, the global financial crisis of 2008 had a huge impact on this sector, and more than 70% of the Spanish archaeological companies closed by 2017. Drawing on the concepts of abstract narratives, functional stupidity and corporatist neoliberalism, this paper illustrates the need to examine ethical issues from a pragmatic standpoint, beyond epistemological and moralistic critiques of profit-oriented businesses in the cultural realm. In doing so, it connects the fields of cultural heritage and management studies, opening up hitherto unexplored strands of research and debate. 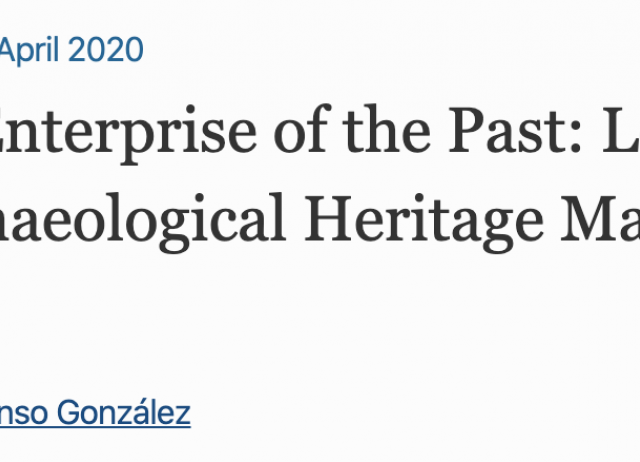 Metabarcoding of DNA extracted from community samples of whole organisms (whole organism community DNA, wocDNA) is increasingly being applied to terrestrial, marine and freshwater metazoan communities to provide rapid, accurate and high resolution data for novel molecular ecology research. The growth of this field has been accompanied by considerable development that builds on microbial metabarcoding methods to develop appropriate and efficient sampling and laboratory protocols for whole organism metazoan communities. However, considerably less attention has focused on ensuring bioinformatic methods are adapted and applied comprehensively in wocDNA metabarcoding. In this study we examined over 600 papers and identified 111 studies that performed COI metabarcoding of wocDNA. We then systematically reviewed the bioinformatic methods employed by these papers to identify the state-of-the-art. Our results show that the increasing use of wocDNA COI metabarcoding for metazoan diversity is characterised by a clear absence of bioinformatic harmonisation, and the temporal trends show little change in this situation. The reviewed literature showed (i) high heterogeneity across pipelines, tasks and tools used, (ii) limited or no adaptation of bioinformatic procedures to the nature of the COI fragment, and (iii) a worrying underreporting of tasks, software and parameters. Based upon these findings we propose a set of recommendations that we think the wocDNA metabarcoding community should consider to ensure that bioinformatic methods are appropriate, comprehensive and comparable. We believe that adhering to these recommendations will improve the long-term integrative potential of wocDNA COI metabarcoding for biodiversity science. 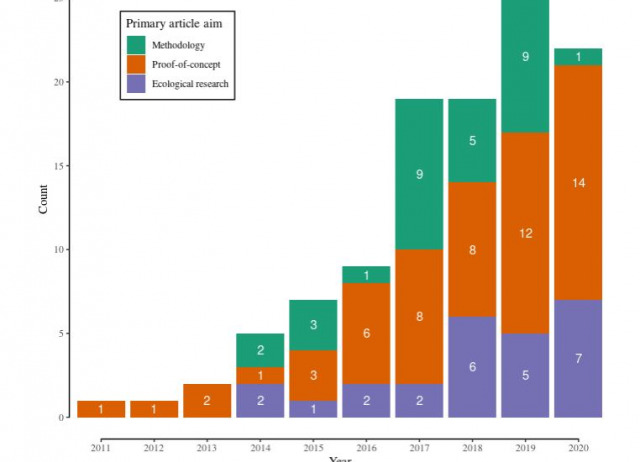 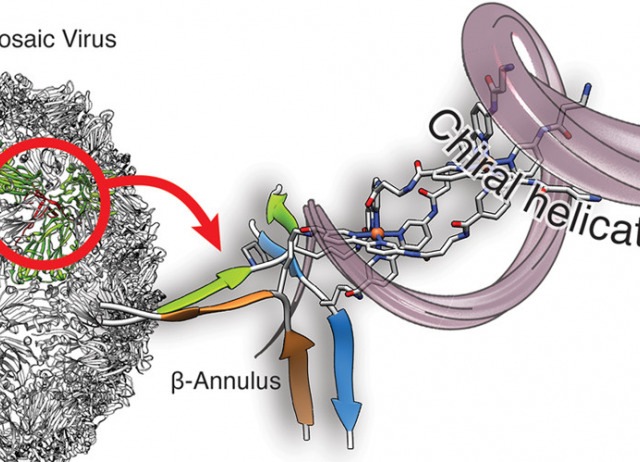